Security Information and Event Management (SIEM) is an IT security tool that is used to collect, store and analyze large volumes of log data from all sources in the enterprise. It is used to take advantage of each of these data (collected) to identify and analyze, from a platform, the events and/or incidents that may take place on the company’s computer network. In the event of suspicious events or identified incidents, alerts are generated to facilitate their support.

How a SIEM works?

A SIEM combines two main functions. Firstly, it collects from a multitude of agents the logs and log data generated by the security equipment (firewall, antivirus or anti-intrusion) but also company host systems, servers, network equipment. Then, it centralizes all this data within a unified and established console, on the rule base, a diagnosis. When an alert is raised due to malicious activity, it assesses according to pre-established rules its level of severity / prioritization in the management of incidents by the SOC team.

Which SIEM to choose for a SOC?

Faced with the rise of ransomware attacks and the emergence of advanced and persistent threats (APT), SOC teams in charge of the IT security of SMEs and large groups can no longer afford to restrict their activities to use of SIEM tools. These tools for collecting and managing security events show different limitations such as:

For profiles evolving to the position of SOC, RSSI, CISO manager, the adoption of a SIEM tool can be a source of anxiety due to the lack of visibility on the cost that its deployment would represent. The volume of data to be collected being very fluctuating, they may be forced to make a choice between security and data because of invoicing which can very quickly climb following a peak of unpredictable events.

At SEKOIA, we offer you the use of our XDR solution. Here, the pricing is predictive because it is established according to the computer park to be supervised and not the data to be collected. 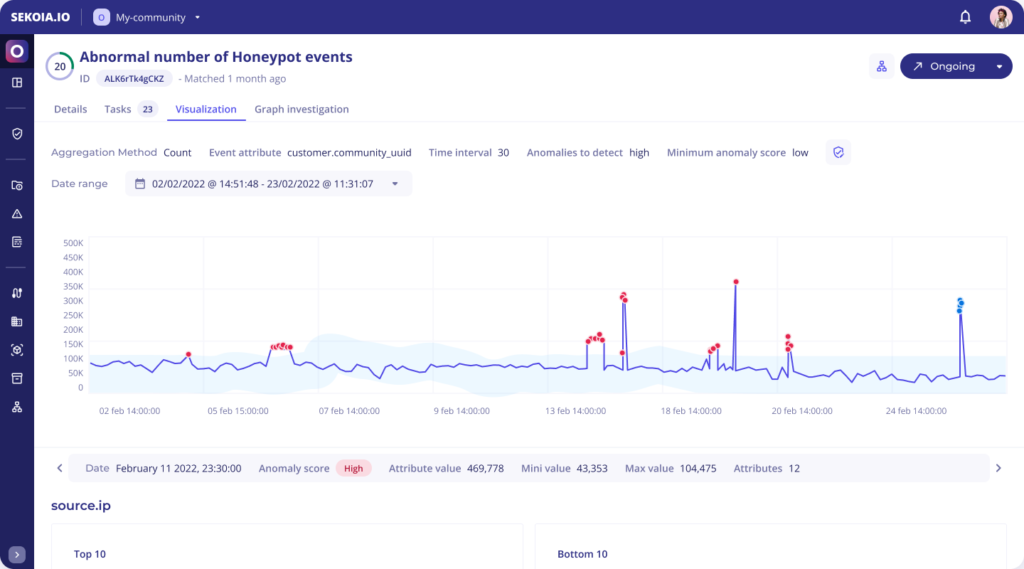 Our solution brings together from a unified console, the power of a SIEM, the agility of SaaS and the efficiency of a SOAR, driven by already operational intelligence.

It saves your analysts time and efficiency. Integrating our CTI flow with your cybersecurity tools via an API allows them to be operational from the first minutes of deployment of our XDR in your infrastructure. They can carry out actions with real added value, such as carrying out investigations around the alerts raised by our detection rules. Each triggered alert is enriched by combining detection rules based on TTPs, behavioral approach to threats and SIGMA correlation engine in order to reduce their investigation efforts.

Moreover, once the connectors have been made, our XDR solution does not just monitor current or future logs as, for example, an EDR. It also takes into account your old logs (if they existed of course). In case there is an existing threat, an alert is raised so that it can be processed by your analysts and/or blocked by your security tools.

If you already have a SIEM tool and you are hesitant to adopt a tool XDR for various reasons (such as the fear of a long and costly deployment) we invite you to consult this page dedicated to the use cases of our SEKOIA.IO XDR solution. At the same time, we discuss the integration facilities offered by our solution.

Discover the definition of:

We use cookies on our website to give you the most relevant experience by remembering your preferences and repeat visits. By clicking “Accept All”, you consent to the use of ALL the cookies. However, you may visit "Cookie Settings" to provide a controlled consent.
Cookie SettingsAccept AllReject All
Manage consent